Marol Education Academy (MEA) was founded in the year 1979 by a group of socially committed citizens of Marol, Andheri East, with an aim to provide quality educational facilities in this part of the city. MEA is registered under the Societies Registration Act, 1860, and the Maharashtra Public Trusts Act, 1950.

“Further the cause of education by providing best facilities, yet be within the reach of common man” has been our goal since inception.

Commitment to cause and courage of conviction of the pioneers were revealed when, apart from the few students already admitted, they absorbed the students of nearby Vidyajyoti School, which was being closed. This daring step was taken when MEA was without even a place of its own. History of our Institution, is a saga of resolve, tireless efforts and great sacrifice by all concerned. With promises of help by a few philanthropists and friends not happening, they were in real quandary. That was when, the plot of land where the present school building is located, was offered by Late Shri Sylvario Gracias. A good friend, Late Shri K. Kurian, helped in getting the plot. With time running out, they graciously permitted the construction of a temporary structure to enable commencement of classes on time, even before the papers of transfer were in order. We also cherish the support given by then MLA Late Shri C.D. Ummachan and then Municipal Councilor, Shri. Krishna Shetty at this juncture.

It was a ‘dream came true’ when the School was started in a small temporary structure on 9th July, 1980. There were 272 students enrolled for classes from KG to III standard, six teachers, a clerk and three support staff. Every year new rooms were added to house students of higher classes. In 1982 the School became a secondary school with the commencement of Std. V.  By 1987 the School became a full-fledged High school and the first batch of 27 students appeared for SSC Board Examination, in March 1988. With this much growth the temporary structure became unviable, making permanent arrangement imperative. The existing structure had to be demolished and a new one constructed. It was a real Catch-22 situation. We are beholden to the public and parents of students for their understanding and patient endurance of the inevitable inconveniences. It provided the much-needed moral support, making the otherwise tiring task a labor of love. It was a time of trials and tribulations. As the plot acquired for the School was land-locked, there was a hitch in constructing school building for want of ULC Clearance from the State Government. With great persuasion and perseverance, finally we got the ULC clearance on 12th May 1987 but the approach road was still a dream.  Here, we remember with gratitude, the guidance and selfless help given by Advocate, Shri. M. J. Hegde, then Municipal Councilor, in obtaining approach road from Kapadia Development Housing Society Ltd. of Bhavani Nagar and its Developers M/s. Deepak Builders, through a Consent Term granted by the Hon’ble High Court of Bombay on 12th April 1990, after a protracted legal battle. We are also beholden to Shri G.R. Khairnar, then Dy. Municipal Commissioner for his support in starting construction work as per schedule. Bhoomi Poojan and laying of foundation of the new building was held in April 1990. The new six-storied permanent building with all modern amenities, was commissioned fully by June 1994.  It was a colossal task to conduct classes and construction work simultaneously. We are grateful to the authorities of neighboring Vijayanagar Society for permitting us to utilize their premises, free of charge, while the work was in progress. We are also indebted to the then Dy. Municipal Commissioner, Shri V. Balachandran for his support in the final stages of construction. We thank our Architect Shri. B. L. Suthar, RCC consultant, Shri. Pushkar Suthar, building contractors M/s Mahendra C. Shah and M/s Radiant Constructions for meticulous planning and keeping the schedule ensuring minimum disruption and safety during construction work.

We remember with gratitude the generosity of our well-wishers and friends, which enabled us to complete the construction work without going for bank-loan. There were no big donors. Funds were raised through small donations by members of MEA, staff, parents of students, friends and well-wishers under the able leadership of then Chairman Shri K.S. Nair. We are also indebted to our friends who willingly shared their expertise in the field and gave valuable counsels.

While the physical growth of the Institution was progressing the Management also laid a firm foundation for academic growth and excellence. With unstinted support and commitment from our academic heads, teaching and non-teaching staff,  our  dream shaped well.  Today, as we look back, we are happy that our meticulous efforts have not gone vain. The School has grown in stature, and today it bears an identity that symbolizes excellence and selfless service. Time indeed has passed since we started the School, almost four decades ago, and today it is reckoned as one of ‘the best’ in this part of the city. It was a matter of great pride and satisfaction that we could start Junior College with Commerce and Science streams in 2010. Yet, there is a tinge of gloom that we had not been able to provide facilities for higher education, also a playground of our own, despite our best efforts. There is a sense of helplessness gnawing within, but we have not given up. “Never say die” is our dictum.

It is heartening to note that our mission of laying a foundation from which students can not only take off to higher academic pursuits and be good professionals but also become ideal citizens of our Country is bearing fruit. This preoccupation with the humanistic purpose of education is dear to us. Our journey continues; it is never ending, for excellence comes only with dedicated and ceaseless work.

Apart from academic excellence, MEA has as its bedrock, enduring convictions of social values and moral beliefs, reflected in our activities. They have contributed immensely to the wholesome development of our students.  We are committed to provide a student-centered environment in which the intellectual, cultural, aesthetic, social, physical and recreational needs of the students are met.

May Lord's Grace be with us, let the Light of Wisdom illumine our path! 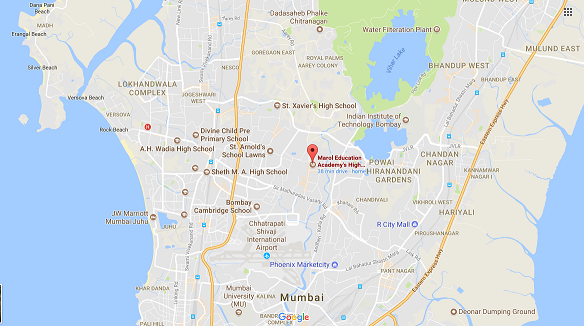